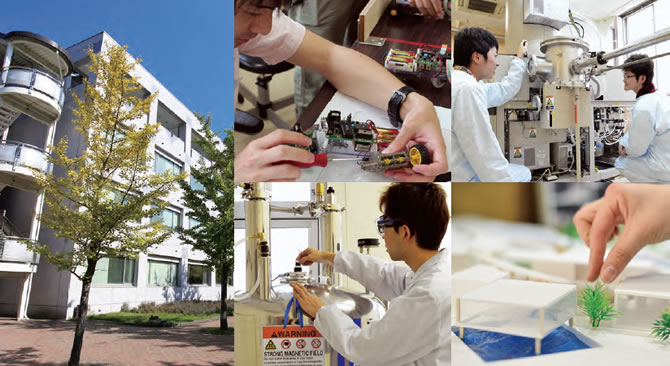 The Advanced Course (comprising Advanced Mechanical/Electric System Engineering, Advanced Material Engineering and Advanced Architectural and Environmental Engineering) was established in 2002. In 2004, our college came under the direction of The Institute of National Colleges of Technology, Japan, and became National Institute of Technology, Hachinohe College. The college was further reorganized in 2015 into one department, comprising four courses, as well as the Advanced Course, which also comprises four courses.

Origin of our college emblem

The expanding ribbon in the college emblem simultaneously represents the white college building, the character "八", and the letter "H" (the first character/letter of Hachinohe (八戸), which was designated as a new industrial city in 1964. Together, these representations symbolize the limitless growth and unbounded potential of our college. 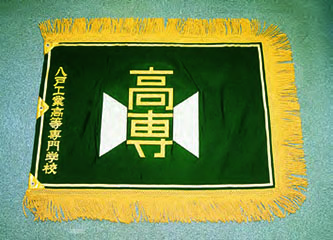